Port as a gateway, interface and become links in and out of goods both
regionally and internationally has a current density of services a very high,
ranging from maintenance to come goings of ships, entry and exit of goods as
well as the utilization of existing facilities at the port, either by means of
compulsory and only when needed , from hardware and software. The density of
the maintenance of this service requires a long bureaucratic and everything is
almost in the form of a monopoly or near-monopoly at risk of fraud, since all
service users want quick service, which is generally to avoid high-cost economy,
the condition of this kind must be overcome to prepare the system and
procedures either to eliminate the negative image of the harbor, m bureaucratic
barriers, and can also be reached by entrepreneurs bureaucracy, by changing
the mental attitude of bureaucrats to focus on the goals, improve the system of
reward, so that the organization is performing well, along with a control strategy
by using rules that detail well as using culture that can touch feeling and can
change the minds of the organization, which eventually can strengthen new
positive behavior, so that the direction the organization is clear and can achieve
the expected goals. 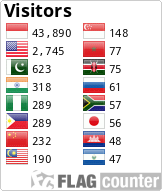